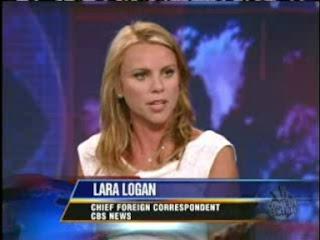 Hey ya’ll. It’s been awhile since the last blog post, and this post in particular has been a long time coming. Over the past few months, there have been some reoccurring themes cropping up in the media that are really getting to me. I’m going to try to focus on one of these themes and examine how it is at the heart of so many of the things we struggle against.

For those of us following the revolutions around the world, February 11th was truly an amazing day for Egypt, as President Mubarak finally stepped down. For me, however, the celebrations will forever be tainted by what soon transpired. Shortly after the announcement in Cairo, CBS correspondent Lara Logan was beaten and sexually assaulted by a gang of protestors.

According to a CBS report, "[Logan] was surrounded and suffered a brutal and sustained sexual assault and beating before being saved by a group of women and an estimated 20 Egyptian soldiers.”

Unfortunately, this is neither an uncommon nor an unknown risk to female reporters. Largely, assaults like this go unreported, and it’s kind of a big deal that this one was made public. In consenting to allow her story to be told, Logan took a stand against the silence blanketing this relatively unspoken of issue. I think that was incredibly brave of her and it had the potential to raise awareness of a serious problem in the media business and around the world.

However, the inverse seems to have happened. Reading blog posts and forum discussions about the assault makes you feel like you’ve stepped through a wormhole into the 1950s.

“Well, what did she expect? No woman should be over there.”

“She deserved what she got.”

“What was a hot, blonde reporter doing in Tahrir Square anyway?”

“Is there a video of this somewhere? I wish I could see it.” 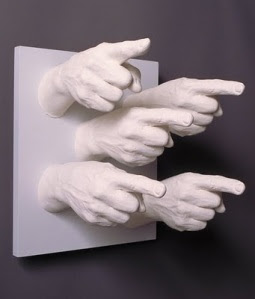 An online poll was even created, asking if people thought that Lara Logan was to blame for her assault. While not all reactions were as outrageous, the sheer amount of victim-blaming and slut-shaming was overwhelming.

Journalists were no better. Mary Elizabeth Williams, a contributor to Salon.com, writes about a sickening article that appeared in LA Weekly:

In a stunningly offensive blog post titled "Lara Logan, CBS Reporter and Warzone 'It Girl,' Raped Repeatedly Amid Egypt Celebration"…writer Simone Wilson managed to mention Logan’s "shocking good looks and ballsy knack for pushing her way to the heart of the action" before getting to the assault itself. She then went on to imagine how it happened: "In a rush of frenzied excitement, some Egyptian protestors apparently consummated their newfound independence by sexually assaulting the blonde reporter." Well, sure, what other motive for an assault could there be, given that Logan is, in Wilson’s words, a "gutsy stunner" with "Hollywood good looks"? And how else do Egyptians celebrate anyway but with a gang assault? It's not like she deserved it, but well, she is hot, right?

Debbie Schlussel (sort of a neo Ann Coulter figure) wrote a blog post entitled “Islam Fan Lara Logan Gets a Taste of Islam.” She goes on to say

So sad, too bad, Lara. No one told her to go there. She knew the risks. And she should have known what Islam is all about. Now she knows. Or so we’d hope. Hope you’re enjoying the revolution, Lara! Alhamdilllullah [praise allah].

Others still accused Logan of simply trying to get the most sensational story. "Lara Logan had to outdo Anderson," Nir Rosen (a liberal journalist) tweeted, referring to correspondent Anderson Cooper, who was physically assaulted during the protests in Egypt. Rosen went on to accuse Logan of warmongering and expressed doubts as to whether she was actually assaulted. (Rosen has since apologized and resigned from his post at New York University.)

· That only young, attractive women are sexually assaulted

· That the a person’s attitudes and dress can provoke assault

The idea that it is the survivor’s fault for being assaulted is still quite entrenched in our culture and it can be painful and infuriating to come into contact with it. However, I feel like it’s something that we need to meet head on, that it is something that needs to be combated. Misconceptions need to be addressed, myths dispersed, and people need to be educated. 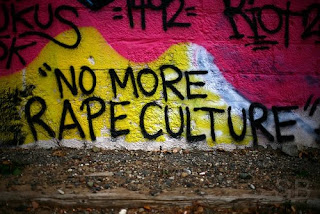