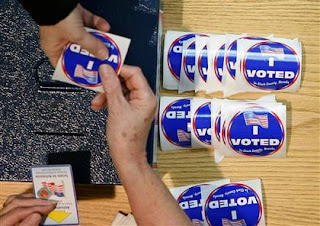 Voters can get a beer on the house at Todd Conner’s pub in Baltimore’s historic Fells Point neighborhood.
Posted by Mediawatch at 10:50 AM 1 comment: