Italy's government has rushed through a decree to crack down on sexual violence and illegal immigration after a spate of rapes blamed on foreigners.

The decree sets a mandatory life sentence for the rape of minors or attacks where the victim is killed.

It also establishes rules for citizen street patrols to be conducted by unarmed and unpaid volunteers.

These included the rape of 14-year-old girl in a park in Rome on Saturday, allegedly by two men from Eastern Europe.

A Bolivian woman was raped in Milan by a man described as North African, while in Bologna, a Tunisian who had just been released from prison was re-arrested for allegedly raping a 15-year-old girl.

The decree, passed by Prime Minister Silvio Berlusconi's conservative government, goes into effect immediately but must be approved by both houses of parliament within 60 days.

It speeds up trials for sex offenders caught in the act, takes away the possibility of house arrest, and gives free legal assistance to victims.

It also sets rules for citizen street patrols, in which officials said retired police and soldiers would play a major role.

"Volunteers who take part in patrols will not be armed but they will have mobile phones and radios for reporting things to security forces," said Interior Minister Roberto Maroni, a member of the anti-immigrant Northern League.

Local mayors would decide "how, where and when to use these volunteers", he said.

Critics say the measures could effectively legitimise vigilantism and xenophobia. The Vatican has warned against anything that turns innocent foreigners into convenient scapegoats.

Many recent rapes have been blamed on foreigners, especially Romanians. Violent attacks on immigrants have since been reported.

Police say a mob of around 20 masked men beat up four Romanians outside a kebab restaurant in Rome on Sunday in an apparent vigilante attack.

The government has pointed to official statistics saying immigrants committed as many as 35% of crimes in Italy in 2007.

But analysts and opposition parties say many of these are related to breaches in immigration rules, and that foreigners have often been unfairly targeted amid a xenophobic backlash from right-wing politicians and the media.

The Roma (Gypsy) community, many of whom are long-standing Italian residents, have often borne the brunt of this reaction, they say.

Authorities in the capital began dismantling unauthorised camps housing Roma groups amid an outcry over recent rapes earlier this week.

Officials statistics put Italy's Romanian community at more than 600,000, making it the largest immigrant group in the country.

Some Roma are Romanian, but many are from other Balkan countries and some hold Italian citizenship.

Romanian Foreign Minister Cristian Diaconescu was reported as rejecting on Friday an Italian proposal that his country take back Romanians blamed for crimes in Italy.

The Romanian government and the EU have both expressed concern at Italy's recent immigration policies.

Friday's decree also allows authorities to detain immigrants for six months, up from two months, as they try to identify them and process asylum requests.
Posted by Mediawatch at 12:20 AM No comments: 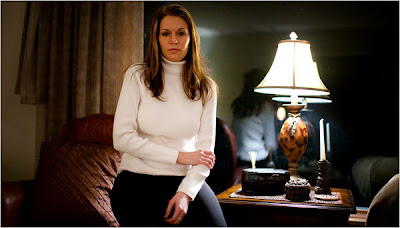 Read more
Posted by Mediawatch at 8:36 PM No comments: