She has already caused a stir by disclosing that she was date-raped and did not report it to the police. Now Dame Helen Mirren has suggested that female jealousy may make women jurors less likely to sympathise with a rape victim.

The Oscar-winning actress says lawyers defending men accused of rape prefer having a female-dominated jury because “women go against women”.

Her comments, in an interview in today’s Sunday Times Magazine, have surprised campaigners trying to change attitudes to rape and increase the tiny proportion of rape claims that result in a conviction. 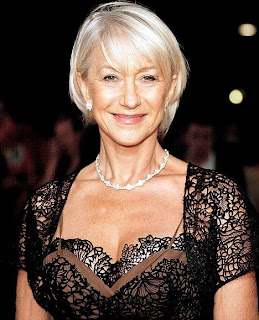 Others believe that Mirren, 63, may have touched on an uncomfortable truth.

Discussing examples of competitiveness among women, she says: “In a rape case, the courts — in defence of a man — would select as many women as they could for the jury, because women go against women.

“Whether in a deep-seated animalistic way, going back billions of years, or from a sense of tribal jealousy or just antagonism, I don’t know, but other women on a rape case would say she was asking for it. The only reason I can think of is that they’re sexually jealous.”

Kirsty Brimelow, a barrister who has defended many men accused of rape, said female-dominated juries were often harsher on a woman, particularly if she had been drunk or the man was an acquaintance or former boyfriend.

“I would reassure a defendant who was worried that there was a preponderance of women on the jury,” said Brimelow. “They may take against the woman instead of him.”

Mirren, who won a best actress Oscar in 2007 for her role in The Queen, told GQ she had been date-raped “a couple of times, not with excessive violence.”

She said she had not told the police, partly because it is “a tricky area . . . especially if there is no violence”.

Campaigners have been trying to raise the proportion of rape allegations that end in conviction — just 6.1%, compared with about 25% for assaults.

Polls suggest between a quarter and a third of Britons believe a rape victim is largely responsible for an attack if she is drunk or wearing revealing clothes.
Posted by Mediawatch at 2:05 PM